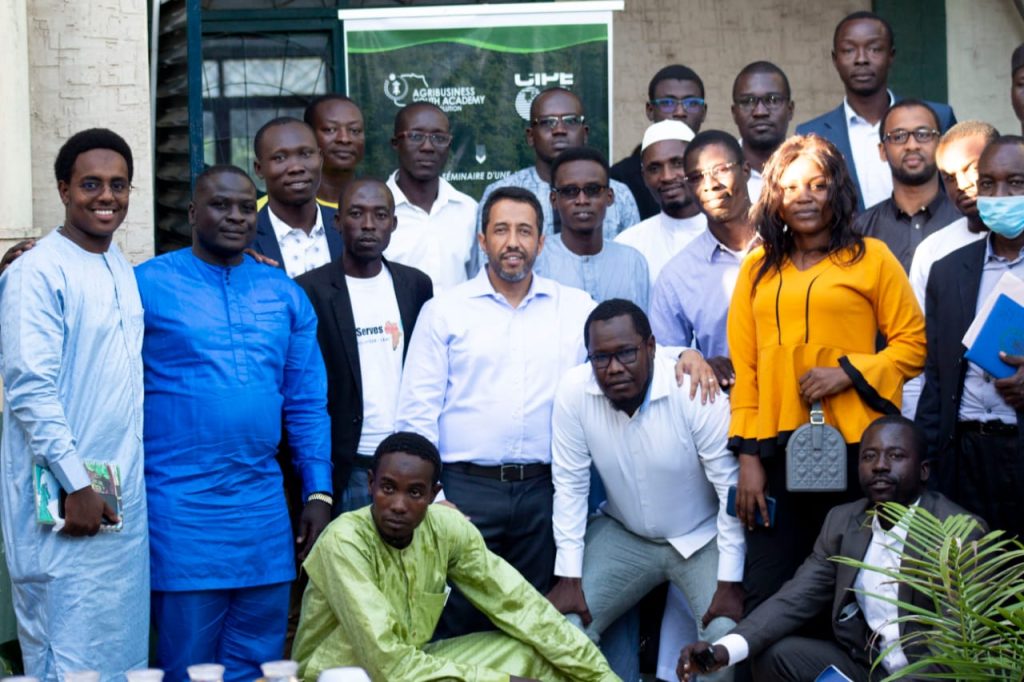 AYA Chad and CIPE have hosted on August 3, 2022 the kick-off meeting of its 4th bootcamp with the Ministry of Agriculture of Chad. The objective of this edition is to maintain the training and accompanying efforts of young people in agriculture. More than 300 young people are expected to participate in the work of the bootcamp in August 2022.

In its opening statement, the representative of the Ministry of Agriculture highlighted the strategic issue of agriculture in the development of Chad and the efforts rolled out by national authorities. He also commended the initiative and the engagement of AYA Chad while asking the development partners to support such projects. The president of AYA Chad, Ms. Fatime Souckar Terab, emphasised that her organization will continue working for the development of Chad as well as the wellbeing of its population. For her, the patriotic vision of AYA aims at supporting the national sovereignty of the country as well as its stability and national cohesion.

During the event, and with the assistance of CIPE, AYA Chad organised a training of trainers in the field of agricultural entrepreneurship facilitated by CIPE’s West Africa Representative Mr Haroune Sidatt. Mr Sidatt also moderated a technical panel and facilitated a collective reflection around young people’s expectations. Contributions from the participations have highlighted the 3 following priority areas:

Mr Sidatt indicated the satisfaction of its organization to partner with AYA Chad. He highlighted the important role and the hope on youth leadership for security in the Sahel, while wishing for more South-South exchanges and intra-Sahel in terms of inclusion of youth and women. AYA Chad’s executive team concluded the workshop by insisting on the responsibility of youth to act in a constructive and patriotic way.

AYA Chad will also continue supporting the national authorities as well as the development partners to answer the challenges around food security, the promotion of employment of young people, and the valorization of national resources.