In the countries of the G5 Sahel – made up of Mali, Mauritania, Burkina Faso, Chad, and Niger – insecurity and economic stagnation have led to a series of complex regional challenges. The impacts of climate change and rapid population growth are putting significant pressure on Sahelian communities by increasing poverty and food insecurity while creating additional challenges for fragile states in the midst of democratic transitions. Against this backdrop, the number of terrorist attacks, conflicts, and armed groups in the region is increasing. The border region between Mali, Burkina Faso, and Niger is a growing hub for violence, marking a spread in conflict from the north to the center of the region. Combined with the spread of violence and the increasing politicization of existing ethnic conflicts, the region now faces even greater sociopolitical instability and violence.

In response to the interconnected security and economic crises facing the region, the countries of the G5 Sahel have committed to combining their efforts to identify a way forward, which led to the 2014 founding of the G5 Sahel institution, headquartered at the Permanent Secretariat in Noukchott, Mauritania. The international community has also been mobilized to support holistic responses that engage national and regional stakeholders to identify inclusive solutions. Among the key stakeholders working to combat the crises at a local and regional level are members of the Sahelian business community. The active participation of the local private sector in the decision-making process offers the opportunity to mobilize collective efforts, build local resilience to counter violent extremism, and support national and international efforts to address the crises.

The initiative behind the Sahel Business Coalition for Inclusive Partnerships promotes interregional cooperation, constructive public private dialogue, and the social responsibility of the private sector as a strategic development partner to the State. The initiative has three primary focus areas: locally produced research from the countries of the G5 Sahel, the formation of a representative regional business coalition, and inclusive policy dialogue between the public and private sectors at the national, regional, and international levels. 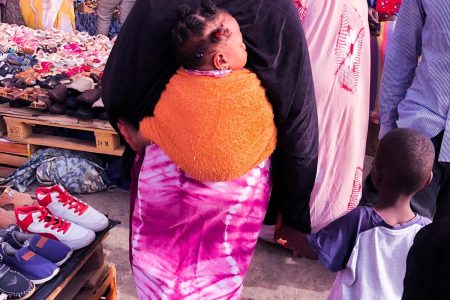 Finding Resilience in the Sahel during the COVID-19 Pandemic