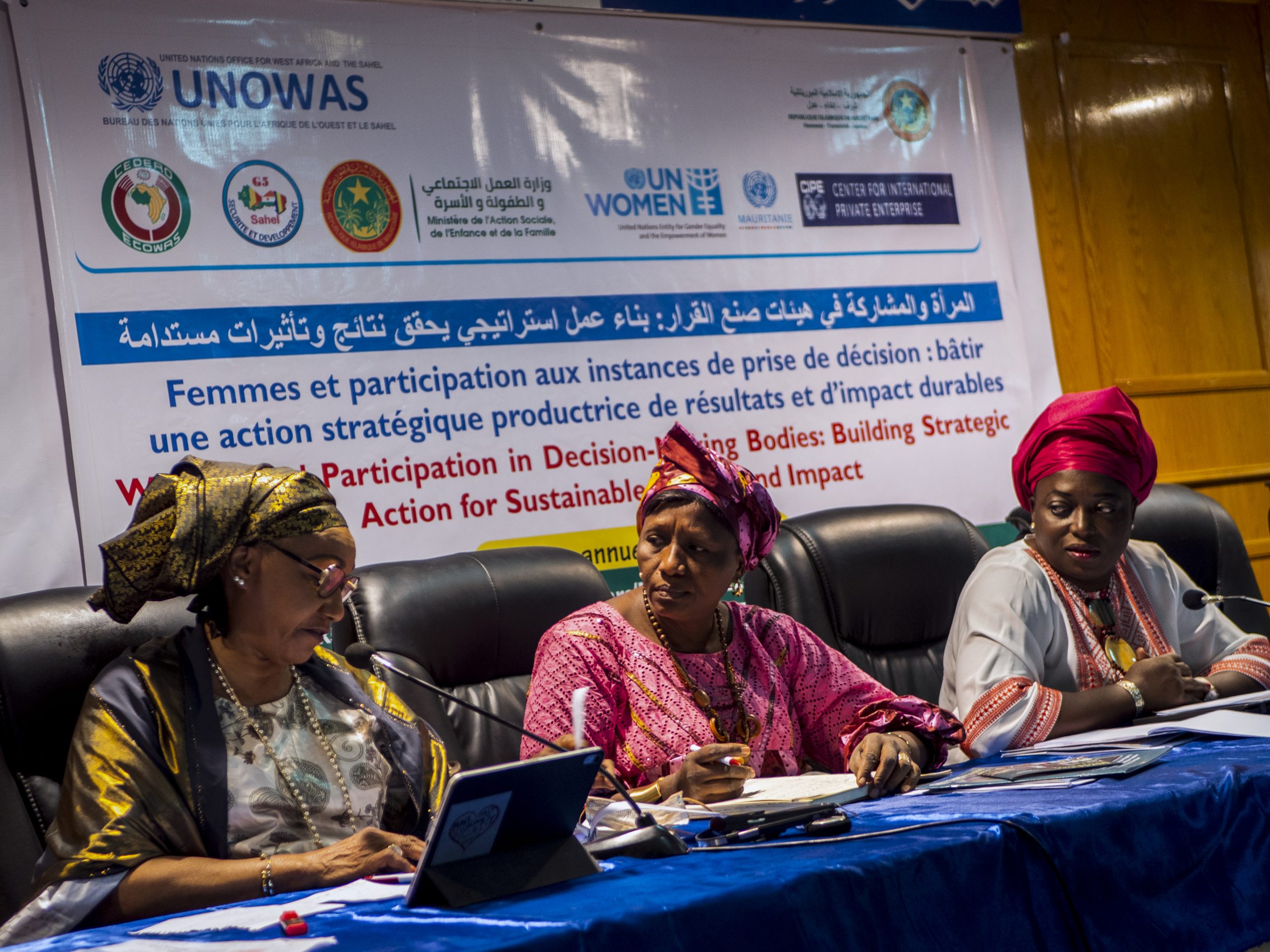 The Center for International Private (CIPE) together with the UNOWAS, the Mauritanian government, ECOWAS, the G5 Sahel and the United Nations System, hosted on 14-15 March 2022 in Nouakchott, Mauritania, a workshop on women economic participation in the private sector. This event was attended by over 25 women leaders alongside several government agency representatives. The workshop addressed the role of women in business, the importance of women in leadership positions, as well as women’s responsibilities in unions’ leadership. This workshop was organised in the context of the Annual Forum on Women for Peace and Security in West Africa and the Sahel.

The CIPE was represented by Dr Nene Kane, former Minister of Social Affairs of Mauritania (2019-2021), who provided with a wider view of the social and cultural challenges faced by women in the Sahel, and presented her recent research on women entrepreneurship. CIPE representative in the Sahel, Mr Haroune Sidatt, presented the work of CIPE in the region in the field of women economic empowerment and moderated the workshop.

Participants to the workshop expressed the need for change in the social climate to favour women economic empowerment, which must be encouraged by local authorities. They also noted that the informal sector, micro-enterprises, and cooperatives are at the heart of women employment in the Sahel, but are often excluded from public support, and lack representation, professionalisation and advocacy capabilities. The workshop concluded that women economic empowerment must be supported through adequate business education programs, as well as incubation and financial services for women initiatives; women in leadership positions must be promoted with 1) affirmative action quotas for women representation in large enterprises and 2) incentives from private enterprises to put women in leadership positions; and women participation in social dialogue must be ensured as part of unions’ diversity requirements. Those recommendations have been summarised in a call for action to the local authorities.

Read the report to the workshop here (in French).